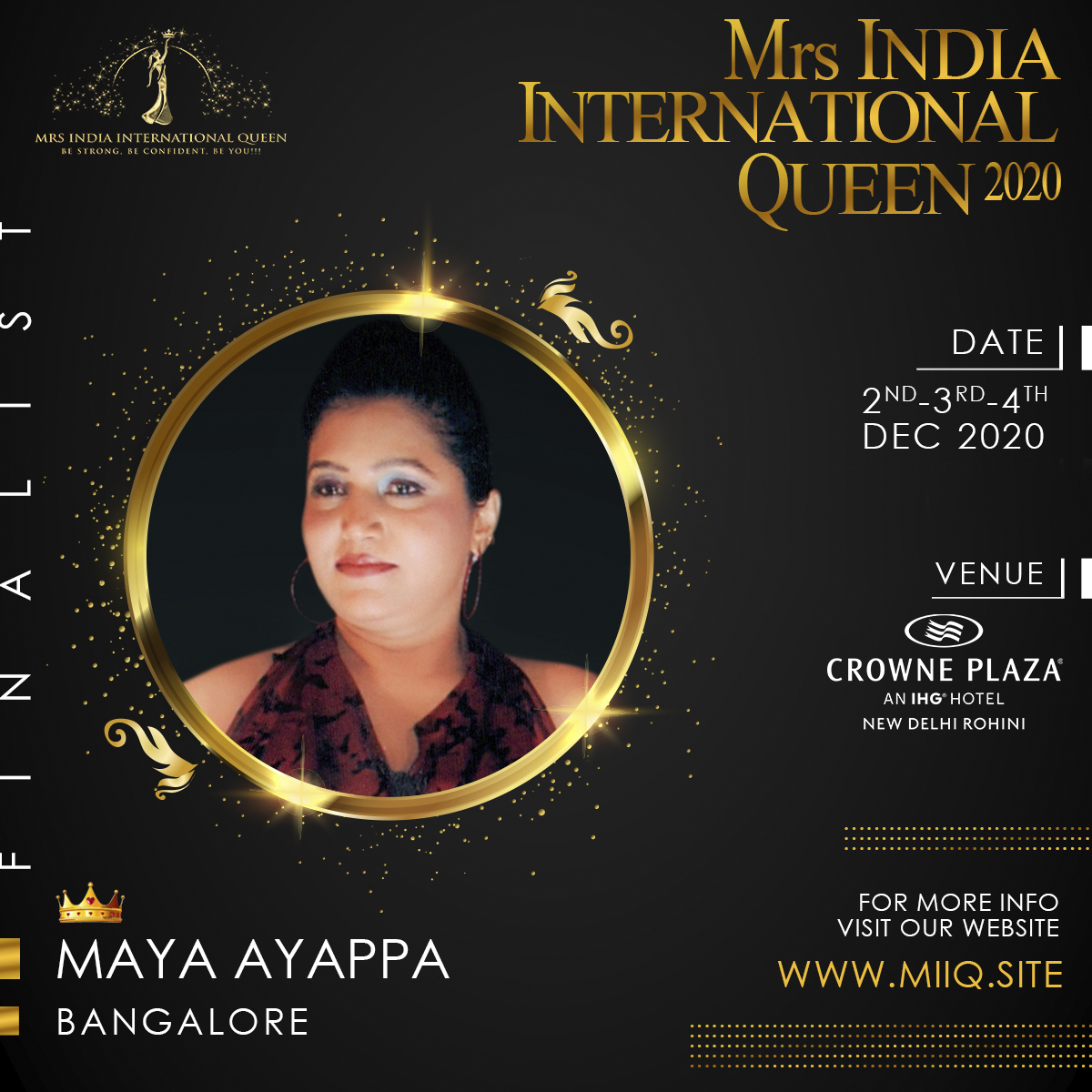 Mrs Maya Ayappa from Bangalore, is a proud Coorg, an extraordinary, strong and successful woman with a never say die attitude. She is the Director of Tattva Trails, her own travel company which handles Inbound, Outbound, Niche, Luxury & Sports travel.

She has worked with various reputed organisations such as CITI BANK, HSBC,GE Money & Bharthi AXA, and has excelled in all her responsibilities at her workplaces and set new records. She has got many awards for her commendable work in India and abroad. She has also been recognised with the Top star Award in Turkey & High performer Award in Bangkok.

Moreover, she is a post-graduate in agricultural sciences and has worked at the Indian Institute of Science on a research project in the department of ecological sciences. She scored really well in her GATE exam.

She is a hockey champion in sports and has won various trophies at state and national level. Also she is into singing &dancing, and had participated in inter school competitions & won many prizes. She has been awarded Freshy Queen from HSBC, May Fair Queen at RSI Grounds Bangalore, and was one among the Top 5 contestants of Lovely Mom.

Her role models are her Parents who she believes have moulded and guided her to become a better person in today’s world. She said that her dad had taught her that people will always treat you the way you want to be treated hence respect has to be commanded not demanded. She follows his guidance whole heartedly.

For Maya, Women empowerment means treating Men & Women equally. She feels God has bestowed each gender with adequate strength to march ahead unbaffled by supporting each other. She believes in the mantra of live & let live.