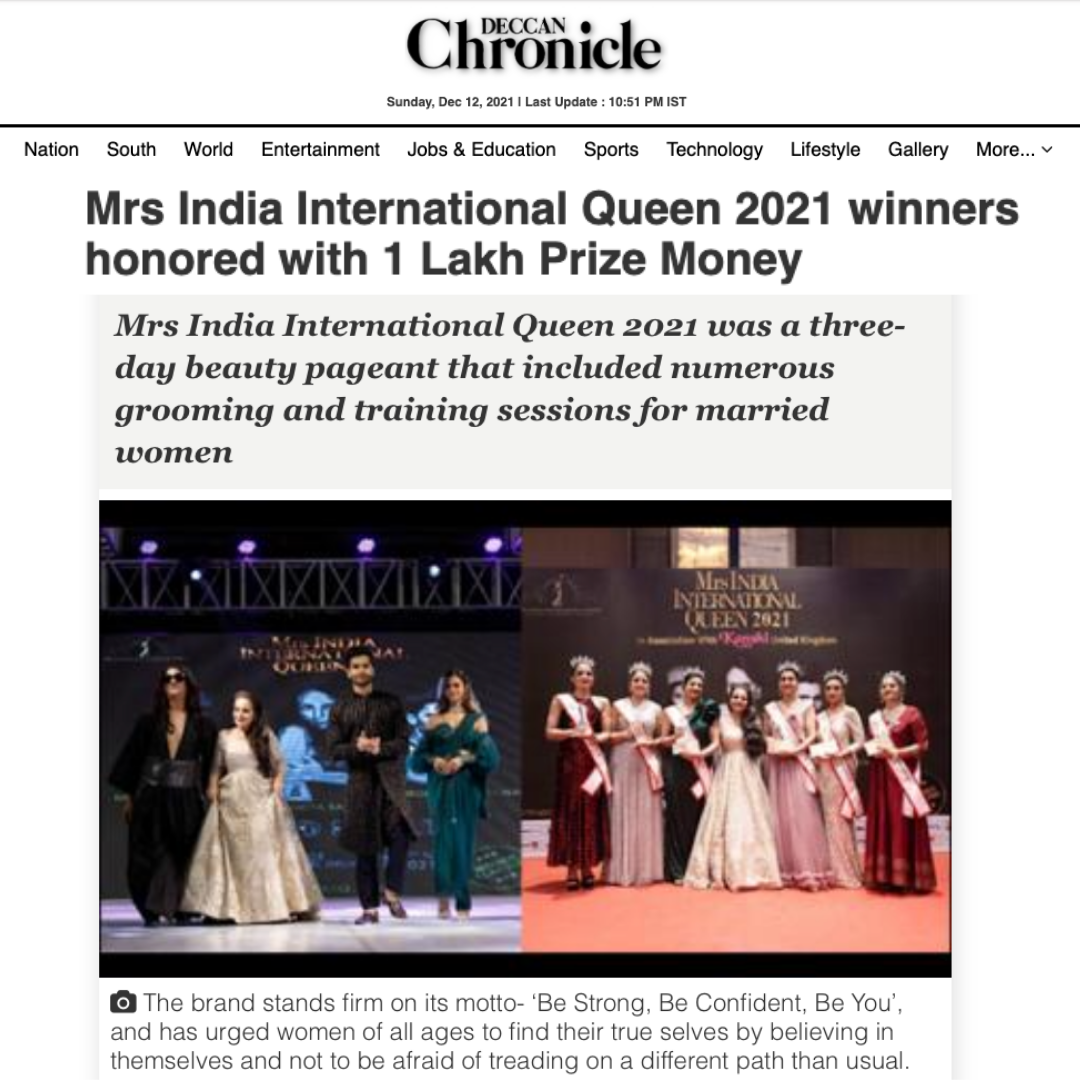 Mrs India International Queen 2021 was a three-day beauty pageant that included numerous grooming and training sessions for married women from all over the world. It helps them to establish their own identity and demonstrate their great ability and talents in front of the entire world. The brand stands firm on its motto- ‘Be Strong, Be Confident, Be You’, and has urged women of all ages to find their true selves by believing in themselves and not to be afraid of treading on a different path than usual.

For original source of this article, please visit here: https://www.deccanchronicle.com/in-focus/251121/mrs-india-international-queen-2021-winners-honored-with-1-lakh-prize-m.html