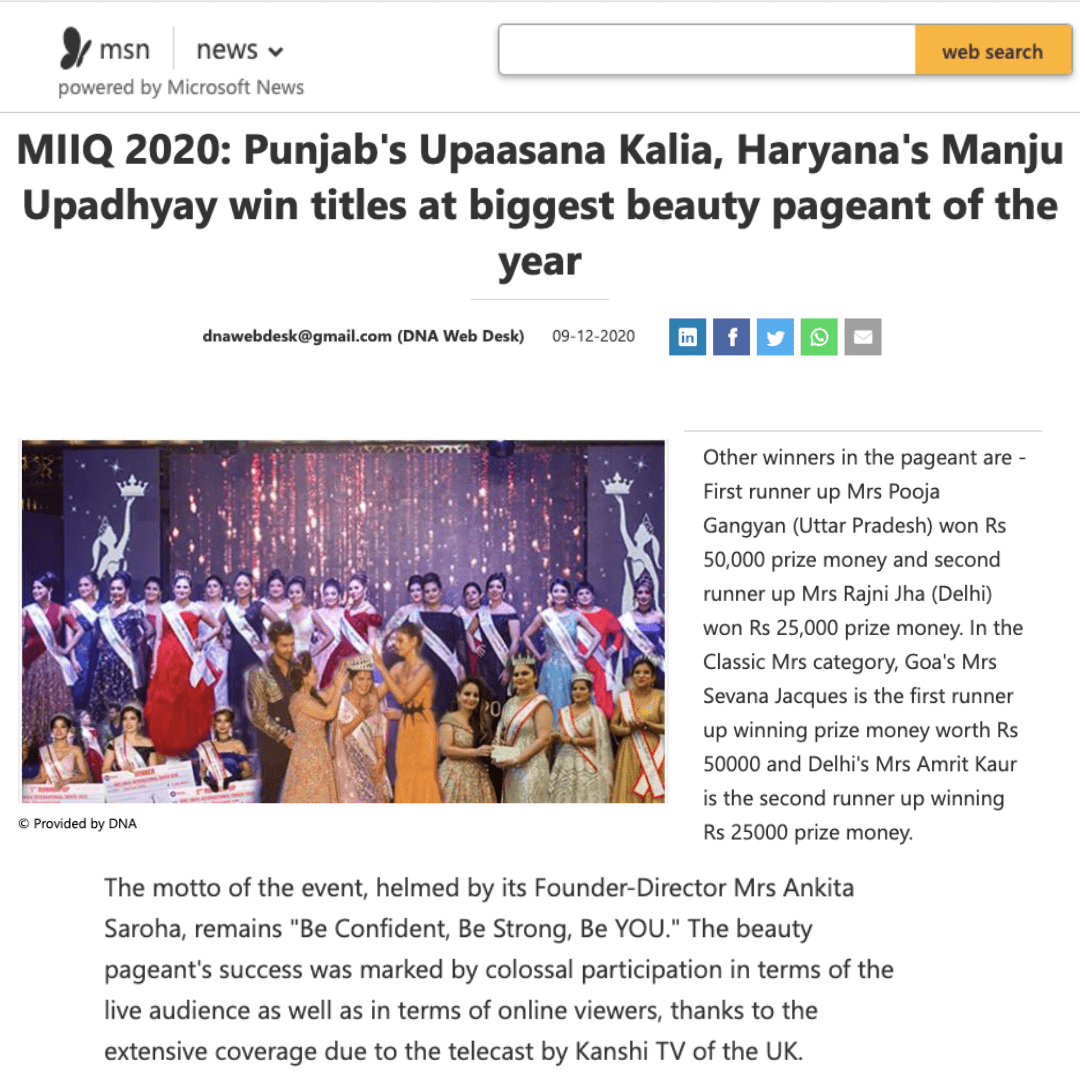 The motto of the event, helmed by its Founder-Director Mrs Ankita Saroha, remains “Be Confident, Be Strong, Be YOU.” The beauty pageant’s success was marked by colossal participation in terms of the live audience as well as in terms of online viewers, thanks to the extensive coverage due to the telecast by Kanshi TV of the UK.

Though there was a controlled presence of a live audience, due to the government guidelines in view of the current pandemic, that didn’t compromise the massive expression of the MIIQ 2020 Grand Finale, held at Hotel Crowne Plaza Delhi.

Talking about the success of the event, Mrs Ankita said, “This is a platform to promote all married women, so that even after marriage, the women are able to showcase their skills and talents and live their dreams. Not only from India, a lot of women from outside India also participated in our event.”

Ankita further said, “I wish all my contestants luck and a lot of thanks to Lakme Academy Rohini who was the makeup sponsor and played a great role in making this show successful.”

The 30 finalists were trained for the catwalk by celebrity choreographer & catwalk trainer Mr Prasantt Ghosh, while renowned Emcee Mr Debojyoti Dasgupta was the official host for the show. Lalit Rana of Imagesque managed photography and videography at the event. Mr Pradeep Negi, noted Self – defence Trainer for the show, and event managers Mr Sunny & Mr Vivek of the Dreamcatchers Private Limited brought up the rest of the team.